Sign Up to My Newsletter for News, Offers and Freebies

The first novel in my latest series is available to download, now!

It’s…Kind…of Magic is the first in a four-book fantasy-comedy series, Magical Modernity. 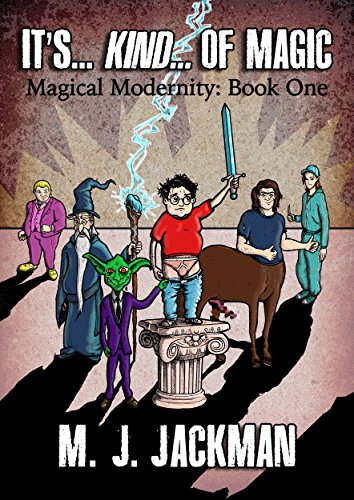 Set in the modern world, where orcs, goblins, elves and humans live side by side, It’s…Kind…of Magic is a far cry from The Sid Tillsley Chronicles, my debut series of vampire horror-comedies. However, if you enjoyed Sidney’s antics, then you’ll probably find this amusing.

If you’re new to my writing, then the Magical Modernity series is what Pratchett would have written if he had no understanding of commercial and mainstream appeal, and didn’t understand the basics of sentence composition.

Currently available exclusively on Kindle, paperback versions will be available soon. The second in the series, Steroids and Sorcery will be released at the end of 2018.

Leave a Reply to Matt from Le Trappiste Cancel reply